This is a simple, no frills soup that is just perfect for a winter's night. Red lentils (purchased during my lentil craze in bulk) are not like green lentils that you don't want to overcook. Rather, they are meant to fall apart and as they do they thicken the soup and give it a great texture. Interestingly enough, as they fall apart they also turn yellow and so the soup sort of looks like yellow split pea soup once its cooked. And, best of all, the longer it sits the better it tastes as I discovered after making a huge potful and eating it for the better part of a week. There are no exotic ingredients here, the only spice (besides for salt and pepper) that I added was cumin and I know that lots of people don't like the taste and smell of cumin but I think the taste of it goes really well with the earthiness of lentils. Also, I'm not a huge black pepper fan, I like to use it in moderation but for some reason this soup really was able to handle lots of black pepper and it really enhanced its flavor. The pumpkin in the soup (made from my ever present frozen pumpkin puree) gave the soup thickness and subtle sweet flavor and the combo of lentils and pumpkin in the soup was deeeelish. A simple soup and easy to throw together- so make it tonight!

Saute the onion, garlic, carrot and celery in the oil until the onions are translucent add the lentils, water, stock and pumpkin and season with salt, pepper, and cumin. Bring to a boil and then let the soup simmer until the lentils have fallen apart and the soup has reduced down a little about an hour.

Do not judge a book by it's cover (or in this case, this really mediocre picture!) 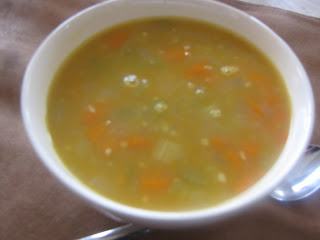 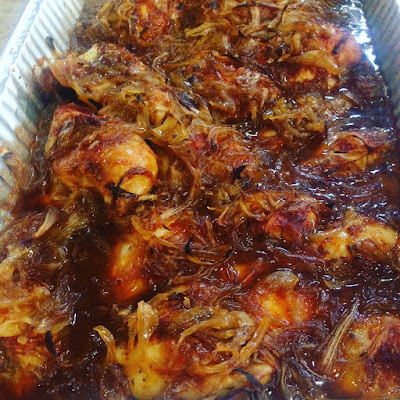 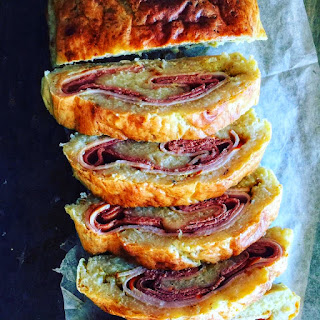